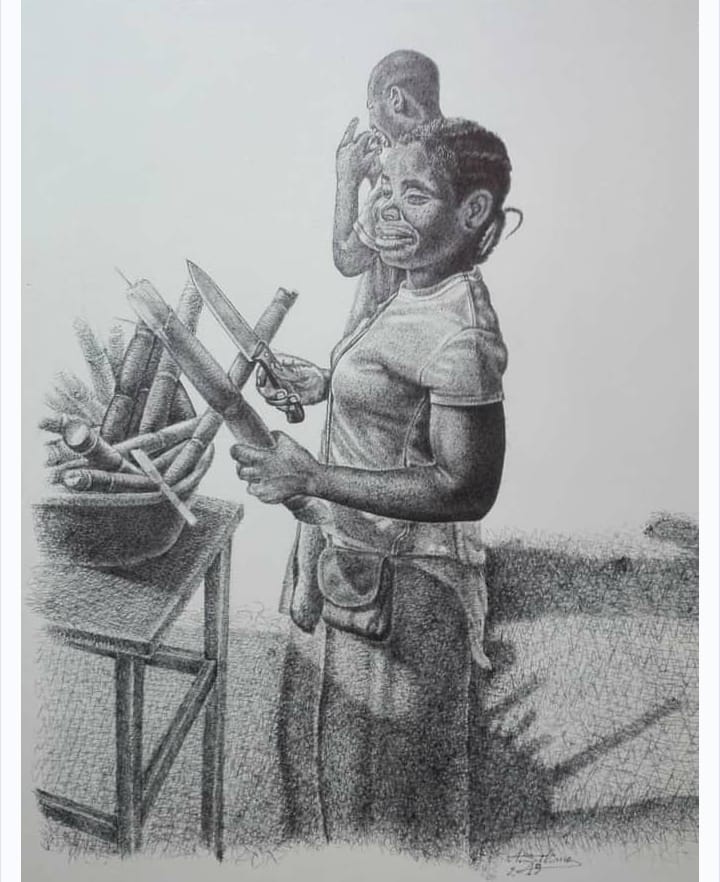 António Silimo
Material
Under Request
Size
Description
Details about the artworks
Width
60
Height
90
Name
Vendendora ambulante
Information about Shipping & Return
This item ships from Mozambique.
Contact us if you have any questions about return this item.

He learned painting with the plastic artist Luis Sengo.

In 2013 he became a member of the Núcleo de Arte in Mozambique, where he has exchanged experiences with several artists.

He has participated in several national workshops since 2015.

Art has become meditation and comfort after having lost his parents.